The automobile, although decried lately, still makes you dream, it is still associated with the freedom to escape, adventure, driving pleasure or even passion.

A picture is worth a thousand words

While it is easy to make a good picture of a (beautiful) car, it is much more complicated to make a complete homogeneous series that highlights the aesthetics and qualities of a vehicle. We often hear the quote: "A picture is worth a thousand words" and it is true, provided the message to be conveyed in the picture is clear.

And this is the photographer's primary role. To listen and to try to ask the right questions to the client in order to fully understand the approach and the message that the photo must convey to the viewer.

During a car photo shoot for a well-known German brand, every time I showed a photo to the client, he asked me "What's the story?" At first I didn't know what he wanted, but as the shoot progressed and ideas were exchanged, I was able to create a series where each photo told something individually as he wanted it to.

A photo of a car in a workshop, does not tell the same thing as a car outside with a particular light. 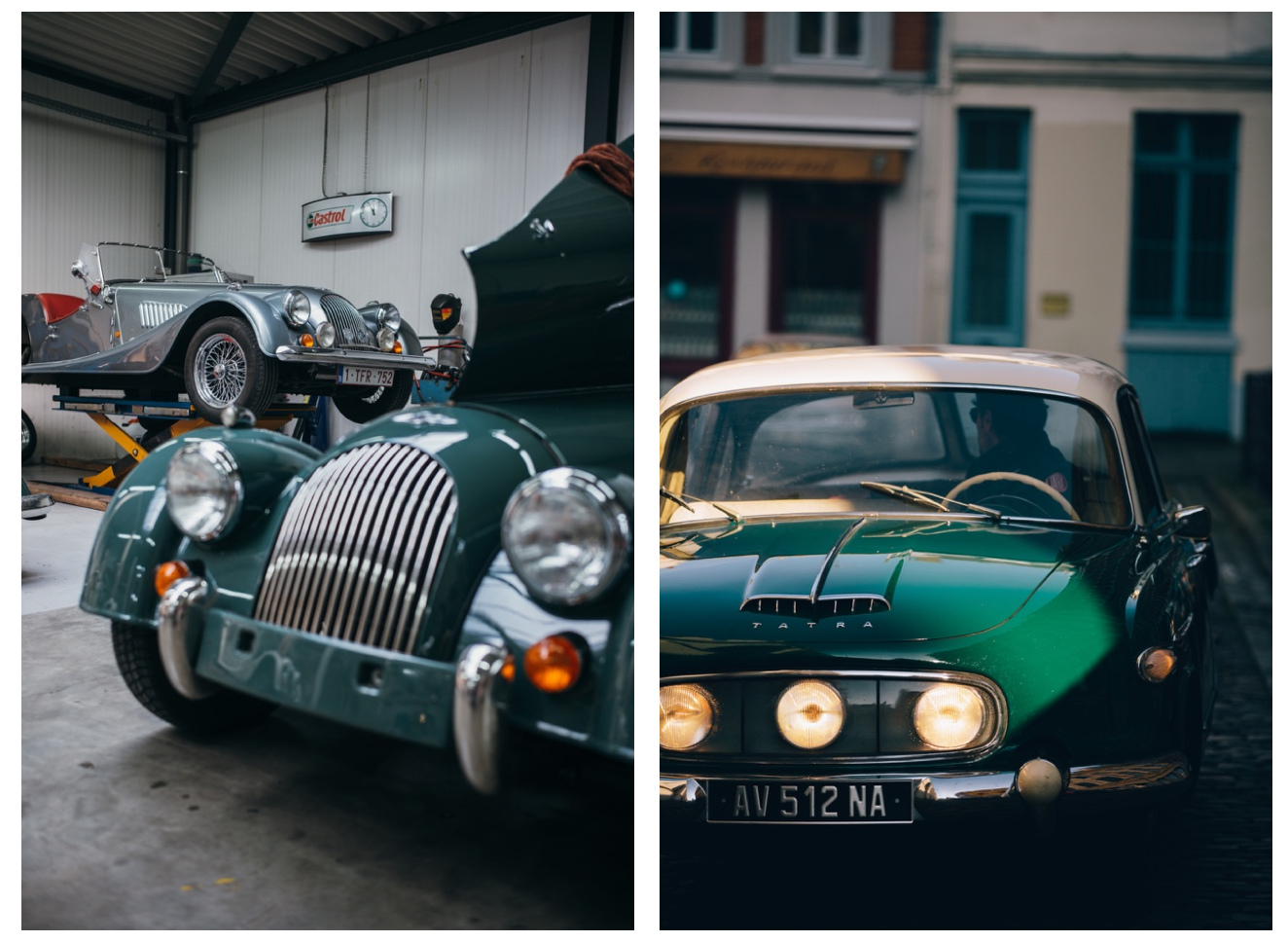 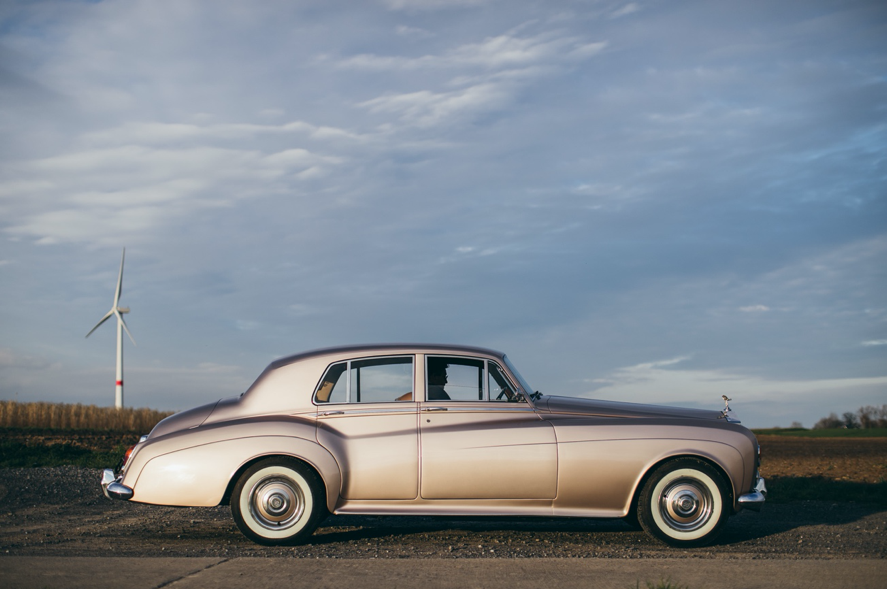 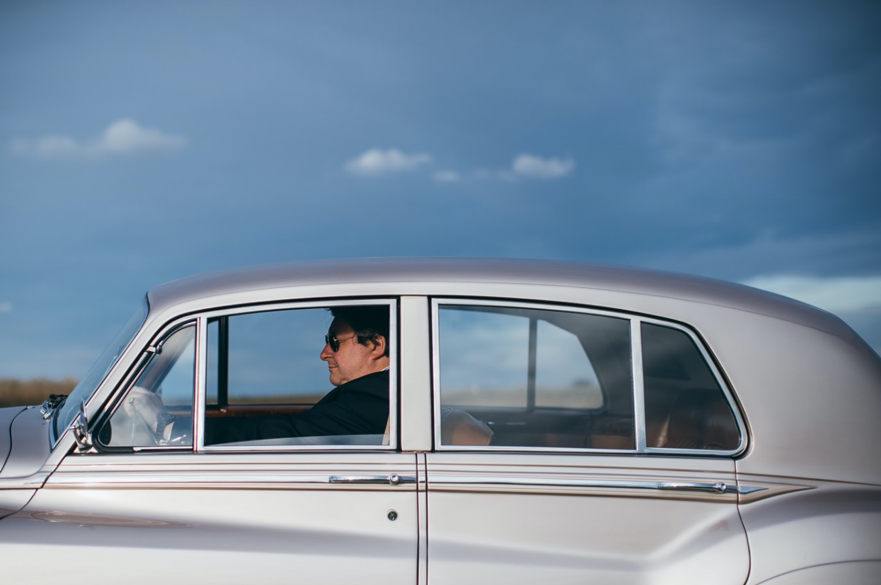 Each vehicle is unique in its design and past just as each owner is unique in his or her history and connection to the vehicle. It is therefore a good idea to contact Utopix in order to be able to solicit different photographers who will have a different artistic approach and who will be able to best respond to your request as a client.

A good car shooting depends above all on three elements:

It is obvious that in order to bring these three ingredients together, a good preparation is essential beforehand.

The main subject of a car shooting is the vehicle. Some clients are sometimes reluctant to transport their vehicle to places that are sometimes far away, but this is often what makes the difference in obtaining a quality result.

Finding shooting spots is a real job in itself and it is very useful to call on a rental manager to find places you didn't even know existed.  Current tools such as Google Earth or Google Street View are also extremely useful for finding locations, other more specialised tools also allow you to evaluate the light according to the date and time of day. 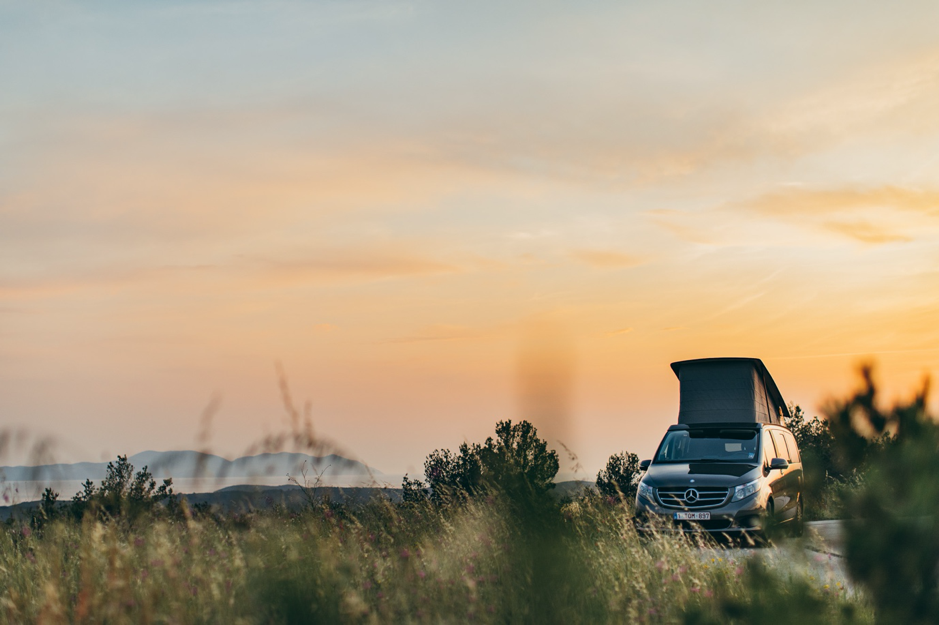 During a shooting for the promotion of the Mercedes-Benz van Marco Polo in Croatia, we spotted a helicopter landing strip overlooking the sea and offered us a beautiful spot at the end of the day.

In Norway, during an exploration session with Google Earth, a loop-shaped road had caught our attention. 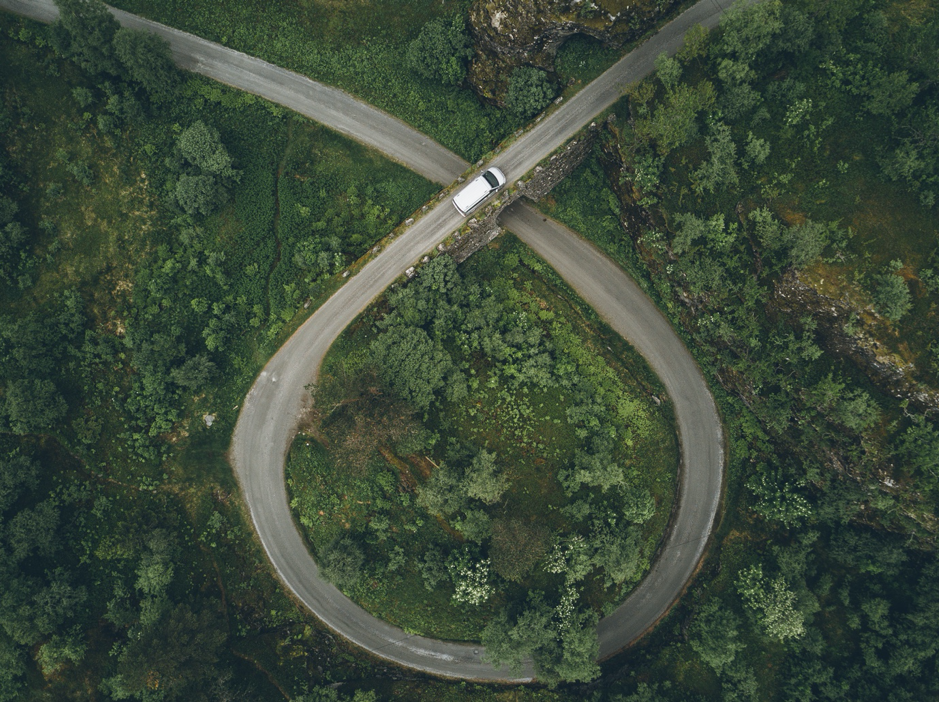 Impossible to pass by without immortalizing the vehicle which seems to be in a roller coaster!  Other spots are easier to find but the access is not always easy to get...when I was offered to shoot two Cobra Shelby on the most beautiful circuit in the world with the authorizations, I didn't have to be asked for a long time! 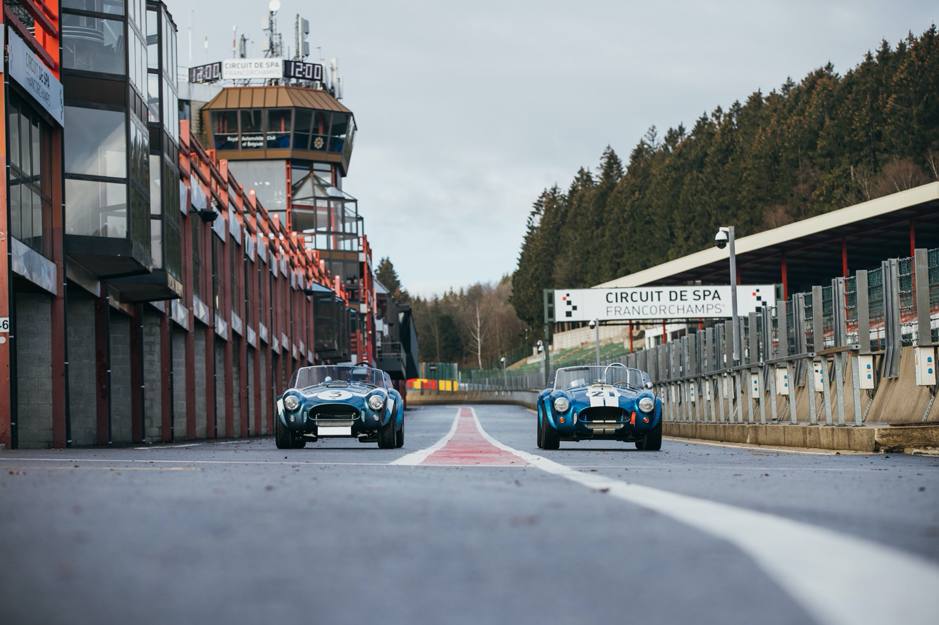 Light is an essential element and also the most delicate to manage for outdoor vehicle shoots. Personally I particularly like natural light, even if it is more difficult to manage because it changes all the time and the weather is sometimes difficult to predict. But it is also this challenge that makes my work interesting. Being able to adapt to the conditions, being flexible and creative to use the available light to your advantage in order to get the best result. 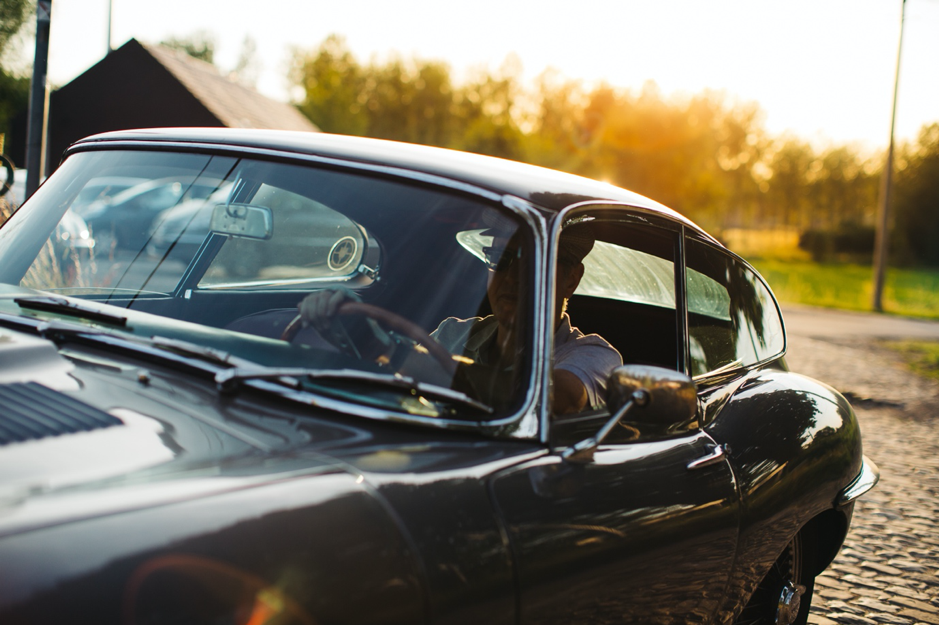 As we were finishing a car photo shoot on an overcast day, the sun suddenly appeared but the place we were in was a bit sad. Thanks to the tight, backlit framing, the driver becomes anonymous and everyone can identify themselves behind the wheel of this Jaguar Type-E.

What about the equipment?

Calling on a professional photographer from the Utopix network also means relying on the fact that he or she will be able to make the best use of the technical tools available.  Often beginner or experienced amateur photographers overestimate the importance of a professional camera to achieve good images and underestimate the importance of the details that will make the difference.

For example, using a simple CPL filter (a filter that suppresses or attenuates reflections) allows the photographer to make the best use of the light that is reflected off the body.

However, a professional camera is essential in some cases to obtain the best result. During a winter day in not really ideal conditions and with two drivers who had never done any tracking pictures, I was able to immortalize these two Cobra Shelby at Francorchamps when we were allowed to do only one lap of the circuit... 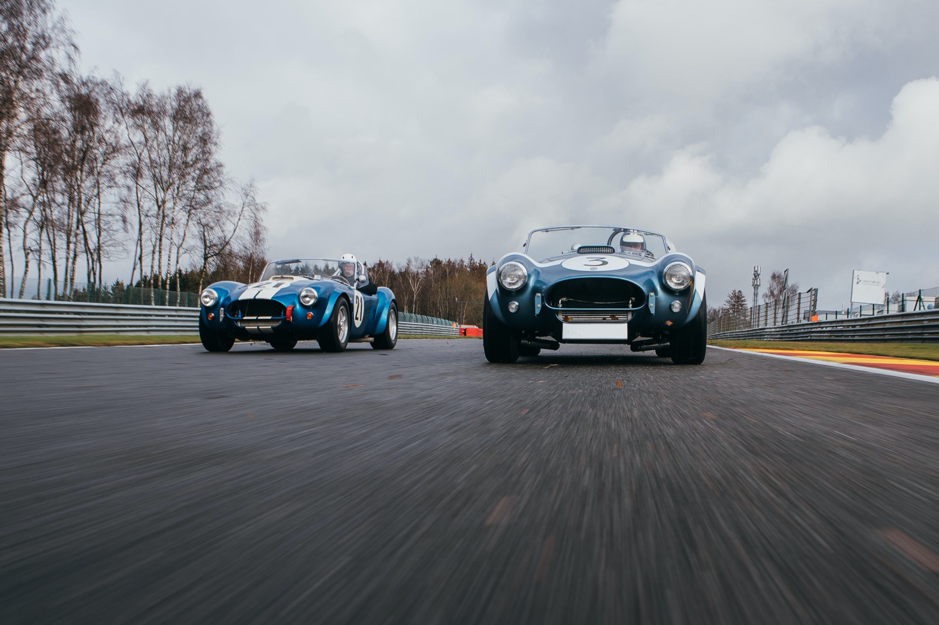 In another whole context, I went to Spa with a single Leica camera and a 35mm fixed lens. The other photographers present had large SLRs with zoom lenses and were shooting in burst. For my part, I stuck to the wall of the source with my 35mm and through trial and error, I managed to get the picture I was looking for. All the colors of the car are also found in the front and the background. The slight blur gives the feeling of movement but the middle of the car and the driver are sharp, which I like very much in this picture. 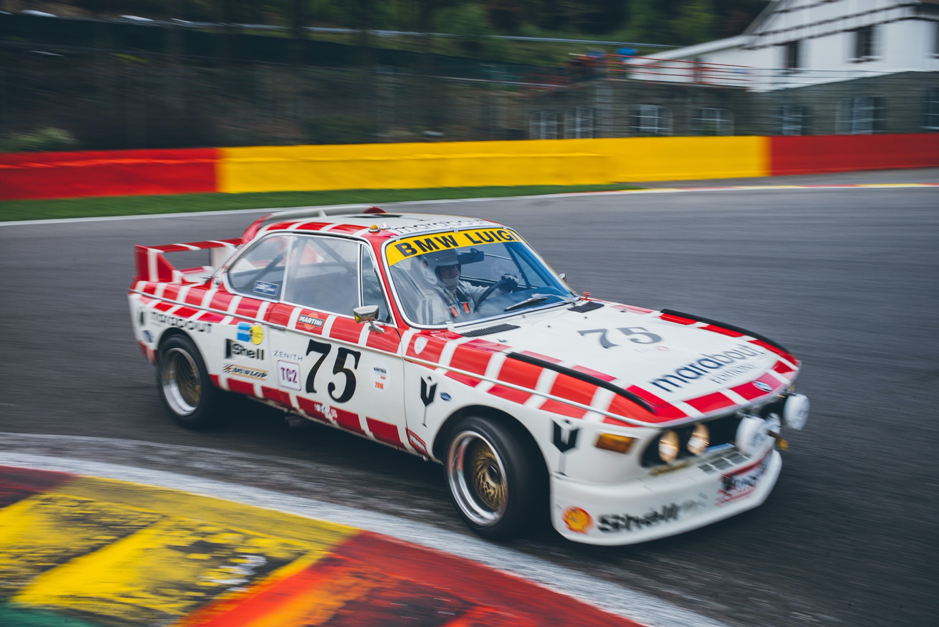 One last tip: Have fun!

From experience, it's when the shootings take place in a positive and friendly atmosphere that creativity is at its peak and often images that are not on the shot list come true almost spontaneously with the team. And sometimes it's the most rewarding!   As we were on our way between two spots we realised that we were passing by the old circuit of Reims-Gueux, we improvised a shooting on the spot when the light was particularly hard at this time of the day but it is this photo which was chosen for the cover of the magazine Moto Heroes.

So trust the photographer you hired, be clear about the message you want to convey, prepare your car shoot with the team beforehand and have fun! 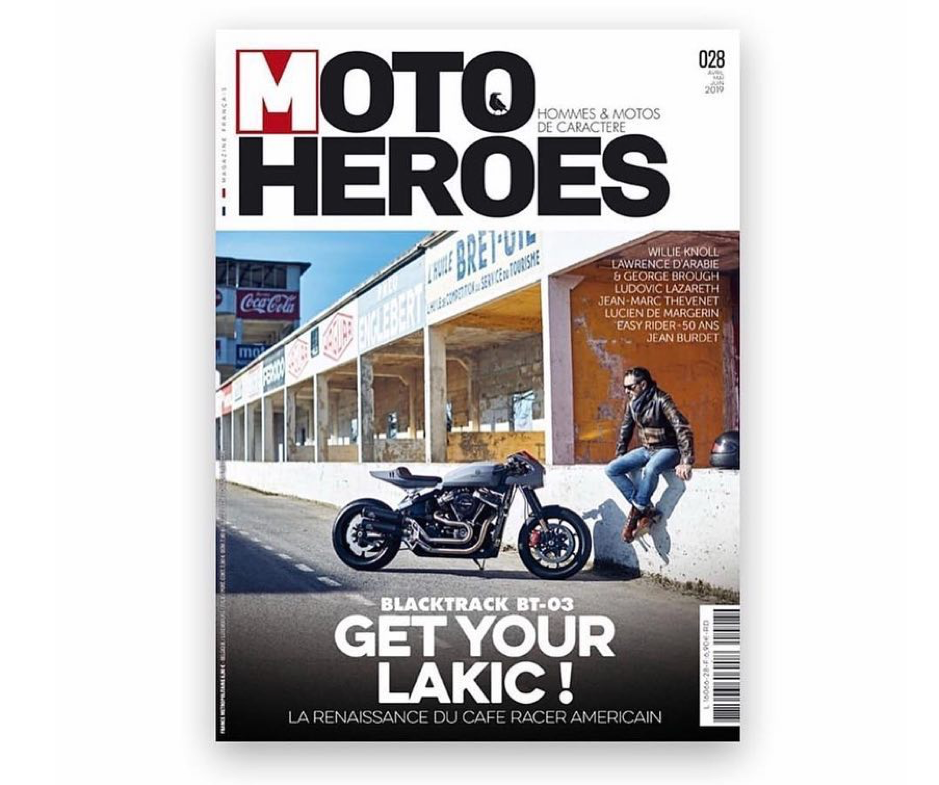 How to make a LinkedIn portrait in 2021?Your LinkedIn professional portrait photo is your showcase! You need to take care of it. If you need advices, this article is for you
Why use a photographer for your restaurant?If you have an establishment like a restaurant, a professional food photographer will be able to highlight your establishment and more.
5 reasons to hire a professional photographer for your weddingWedding day is a fabulous day ! Discover here the five main reasons why you should hire a professional photographer for your wedding day.
Photographer rates - How much does a photo shoot cost?In this article created by Utopix, we help you better understand the different variables to understand for a successful photographer budget
Real estate photography: 4 key points to highlight a propertyIn this article, we will approach essential points to keep in mind during the realization of your real estate photo report. Let's go !
How to prepare and make a success of your culinary shootingFood photography is an art in itself. Your photographer has to follow parameters so that the shot is successful. Let's see how it works !
4 tips for choosing a photographerPhotography is an art that requires on the one hand different technical skills. So how to find the right photographer for your project?
Do a photo shoot for your clothing brand !If you have recently created your clothing brand, call on a photographer who is the professional best qualified to carry out a shooting !
How to find and choose a location for a photo shoot?The choice of a location for a photo shoot is particularly important and will directly influence the quality of the final photos.
3 reasons to hire a professional photographer for your businessDid you know that content with photos increases visibility by 94% and is shared 40 times more? So why leave things to chance? Go for it !
How to find a cheap photographer?If you have a small budget, discover in our article by Utopix the different ways to reconcile small budgets and a great photo shoot !
5 poses for a successful man photo shootYou are a man and you have booked a photoshoot for men?. Thanks to this article by Utopix, your photoshoot will become a real pleasure!
How much does a product packshot cost?In this article by Utopix discover the variations to have for the best packshot shoot! Price, time, all parameters are taken into account
Infographic: video marketing in 2021Video is one of the best ways to promote its services. Look how to correctly use them as a team leader. There's a close-up of the study !
The advantages of video storytelling for a companyHaving recourse to storytelling through a film or a reportage has many advantages for the company. But how ? Look up ours advies here !
Invite a professional photographer for your birthday photo shoot!Birthdays are not so numerous to be neglected. Let's immortalize them in a good way, not the prerogative of an amateur photographer !
The Product Video : Boost your Sales !Thanks to digital democratization, the video produced is within everyone's reach, a fingertip away from a phone. Learn here how to use it!
How to make effective tutorial videos for your business?The tutorial video allows you to capture your viewers and convey an easily understandable educational message. Find out how to make them !
Increasing mobile video consumption: an opportunity for brandsMobile video has been on the rise for several years now. Discover how to use this new big trend to your advantage as an enterprise !
Tempting culinary photos, reality or illusion?To achieve the most beautiful photo and that it can best reflect the product presented, certain tricks are used. In some cases, these are non-food products. And you will never guess which ones!

Our professional photographers and videographers.

Whether you are looking for an event photographer, an expert in culinary photography, a portrait photographer or a professional videographer to make a presentation of your company, we can help you via our network of professionals and our project management platform dedicated to professionals in the communication and marketing sector.

Companies in all sectors, as well as communication, event and advertising agencies, have never consumed and produced as much photo and video content as they do today. On the other hand, the profession of professional photographers and videographers is constantly attracting a growing number of new talents. Our ambition at Utopix is to facilitate and optimise the meeting between a corporate client with a project and the best professional photographer or videographer in the world. 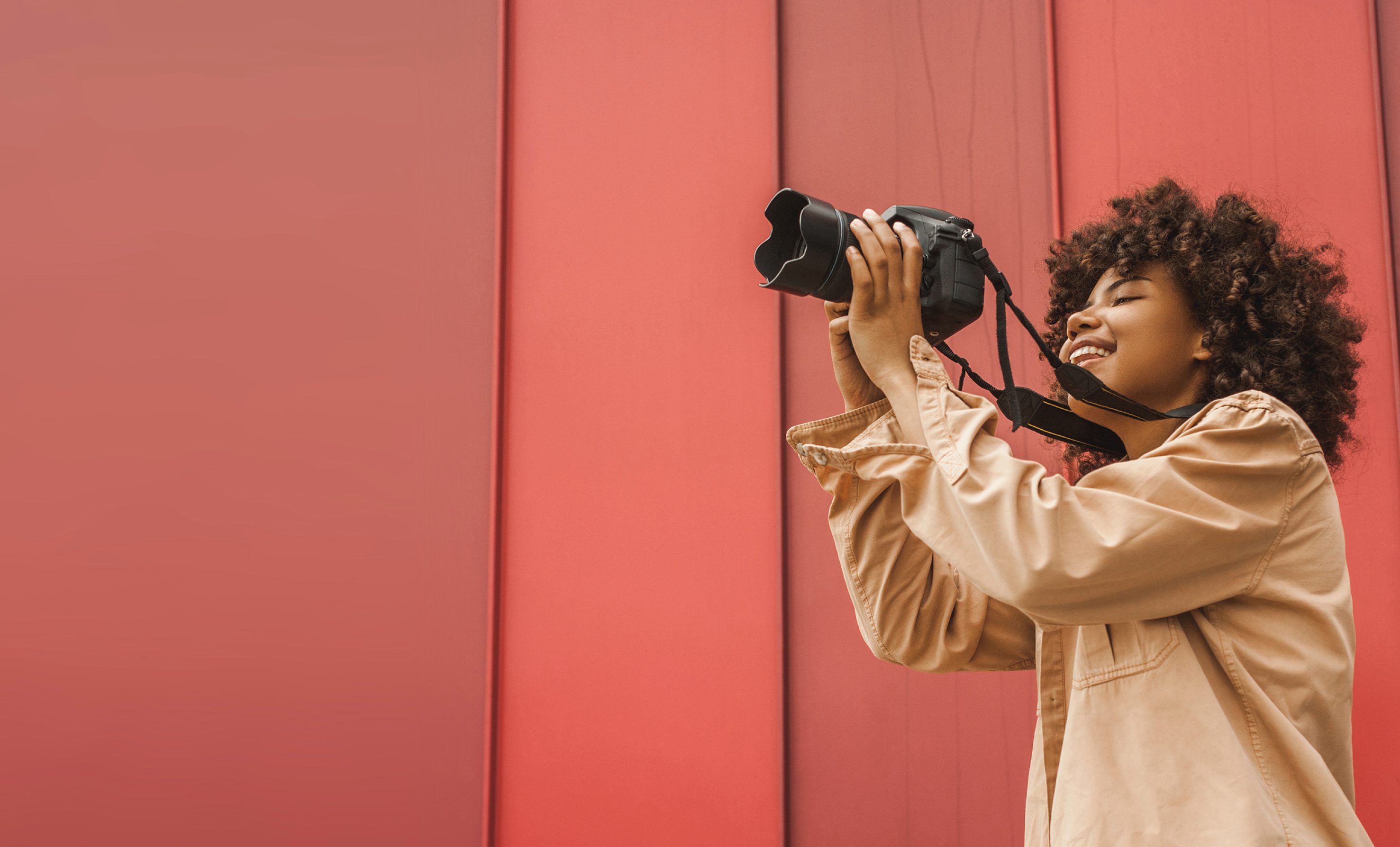 Find photographers/videographers for your shoots easily!

Discover our professionals located in your area

Utopix is recommended on Google by our customers